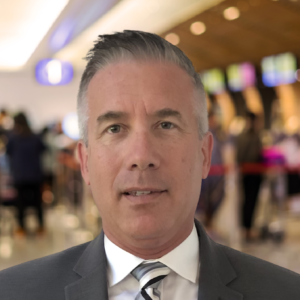 Sean brings a unique combination of flying, maintenance, and aviation management experience to the DF Steer team. When it comes to the aviation industry, you might say he’s “done it all.”

Sean’s experience with aviation started in the Northwest Territories, where he grew up; he started working at his father’s air service operation in Fort Smith when he was just 12 years old. After completing his Bachelor of Applied Science in Mechanical Engineering in the early ‘90s, Sean got the flying bug himself. He pursued his pilot’s license and went on to become a flying instructor.

Career opportunities soon called Sean back to Canada’s North, where he worked with Buffalo Airways and Kenn Borek Air in advancing roles of First Officer, Captain, and Chief Pilot, then Operations Manager and VP Operations. He later settled in Calgary, honing his passenger and freight-forwarding experience – both domestically and abroad – with Discovery Air Innovations and as President of its subsidiary, Air Tindi. He moved on to a series of regulatory, maintenance and leadership positions with Canadian North.

Among Sean’s aviation accomplishments are his credentials as a Captain on the Boeing 737, DeHavilland DHC-8, and Douglas DC-3T as well as an Approved Check Pilot on the DHC-8 and 737. He has flown coast-to-coast in Canada and has visited all seven continents. In 2001, Sean was awarded the Meritorious Service Medal for a medivac mission that was the first successful flight to the South Pole during the polar winter.

An expert in managing aviation risk, Sean believes the transition to insurance is an obvious next step in his career. With his combined experience in flying, maintenance, and operations, Sean brings a big-picture view to the industry that allows him to understand and help mitigate risk for DF Steer clients.